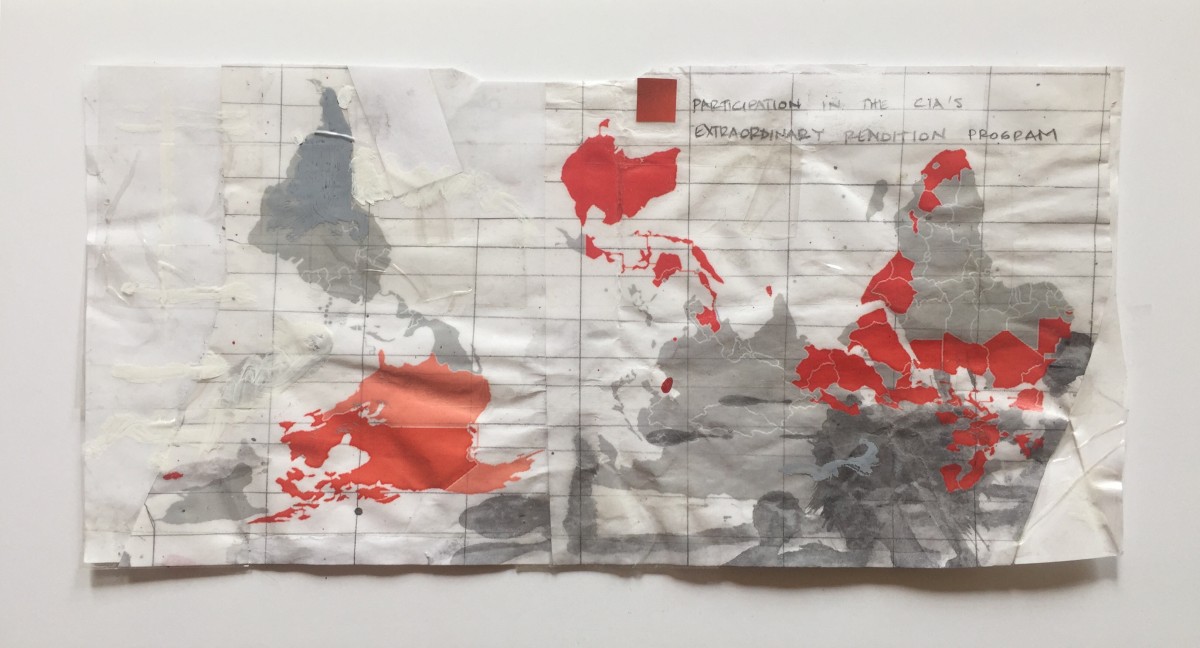 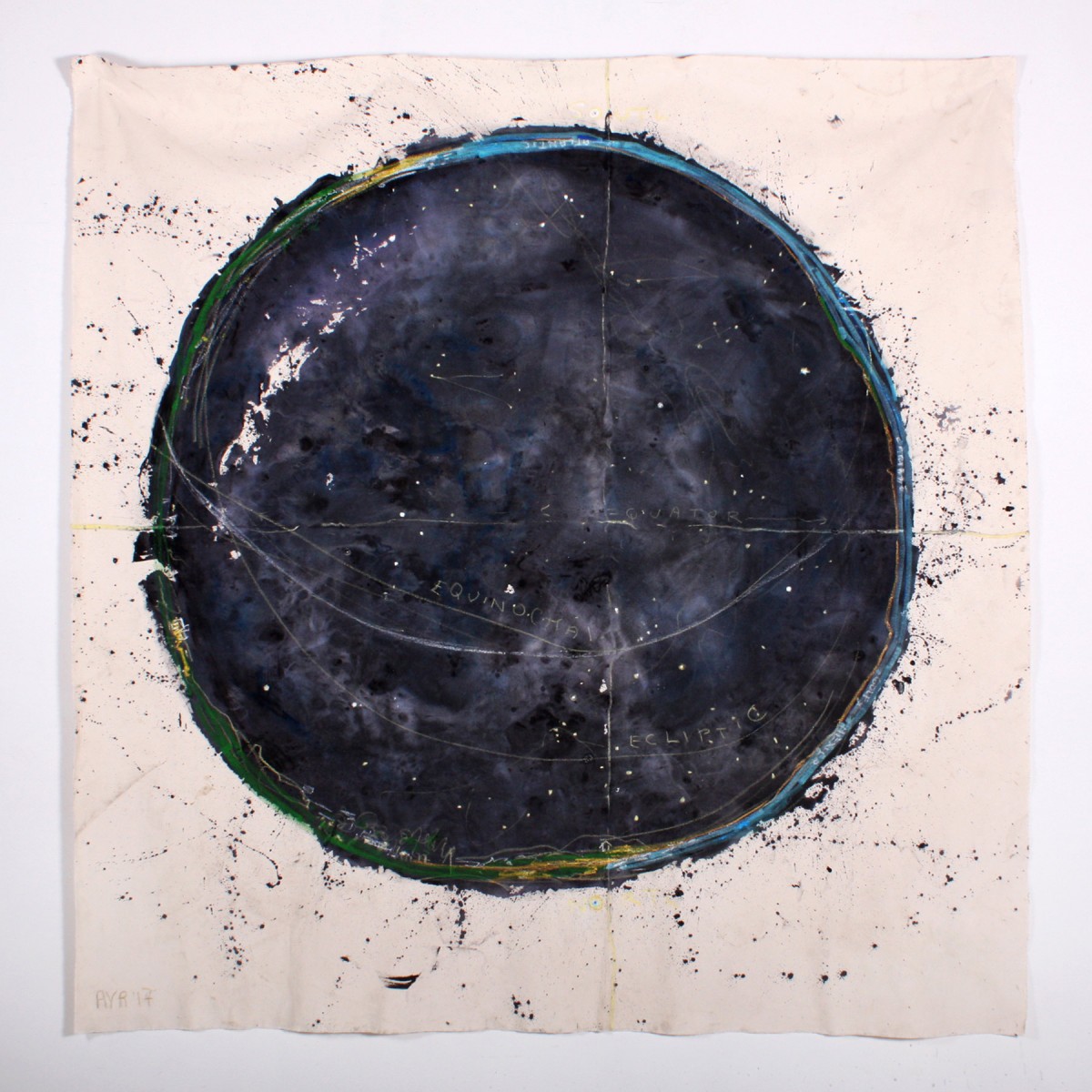 time/scale is the first solo museum exhibition of new and recent works by Uruguayan-American artist Ana Vizcarra Rankin (b. 1977, Maldonado), presented by Philadelphia Contemporary and hosted by the Brandywine River Museum of Art. In large-scale paintings and hand-crafted collages of astronomical constellations and world maps, Vizcarra Rankin investigates themes of space, time, and correlation and creates dialog on humanity, globalization, migration, and scientific exploration.

In maps of the globe and the night sky Ana Vizcarra Rankin explores the phenomenological sense of being in and of the universe. Considering the global from a personal perspective, her paintings capture moments of celestial and terrestrial observation, internalizing her surroundings through precise observations, scientific research, and poignant narratives. Like a cartographer of stellar and geographic systems, she depicts landscapes and skyscapes, drawing simultaneously from her personal experience and from broader scientific data about land exploitation, space exploration, and intercultural encounters.

In her new work Untitled Planisphere (Mexico) (2017) Vizcarra Rankin crystallizes from black ground a starlit sky and horizon – beautiful and indefinite – encircled by the ever-changing natural and urban landscapes ofPuebla, Mexico City, and Tulum. Like a seafarer traveling through the night using the stars, she offers us a new means of navigating through time and space and prompts us to question our established knowledge about astronomy and geography. Considering her subjects from micro and macro perspectives, her maps of the sky and the world are simultaneously site-specific and universal. For example, in Afternoon Cocktails (2013) Vizcarra Rankin draws an inverted world, upending standard cartographic representations of the globe. She inserts subtle geographic alterations into her depiction that call attention to issues ranging from climate change to the role of migration in human history, in this case placing visual emphasis on the Bering Strait, surrounded by rapidly dissolving glaciers.

Disorienting and startling, Ana Vizcarra Rankin’s poetic paintings reorient humanity’s relation to the universe, urging us to reconsider our assumptions about territorial boundaries and human impact on this planet and in the cosmos. Rankin is looking up to the sky and down to the ground, collapsing the stellar system and the earth into universal moments of time, space, and history. She raises issues about colonization, global politics, and environmentalism and at the same time investigates larger questions about human interrelation and existence in the world. “These works are a reflection of my sense of urgency about the physical health of humanity and of the planet. My hope is that encountering my maps may encourage people to reconsider a previously unquestioned belief about nature and its value, or the importance and consequences of travel and mobility.”

The exhibition is curated by Philadelphia Contemporary and hosted by Brandywine River Museum of Art.