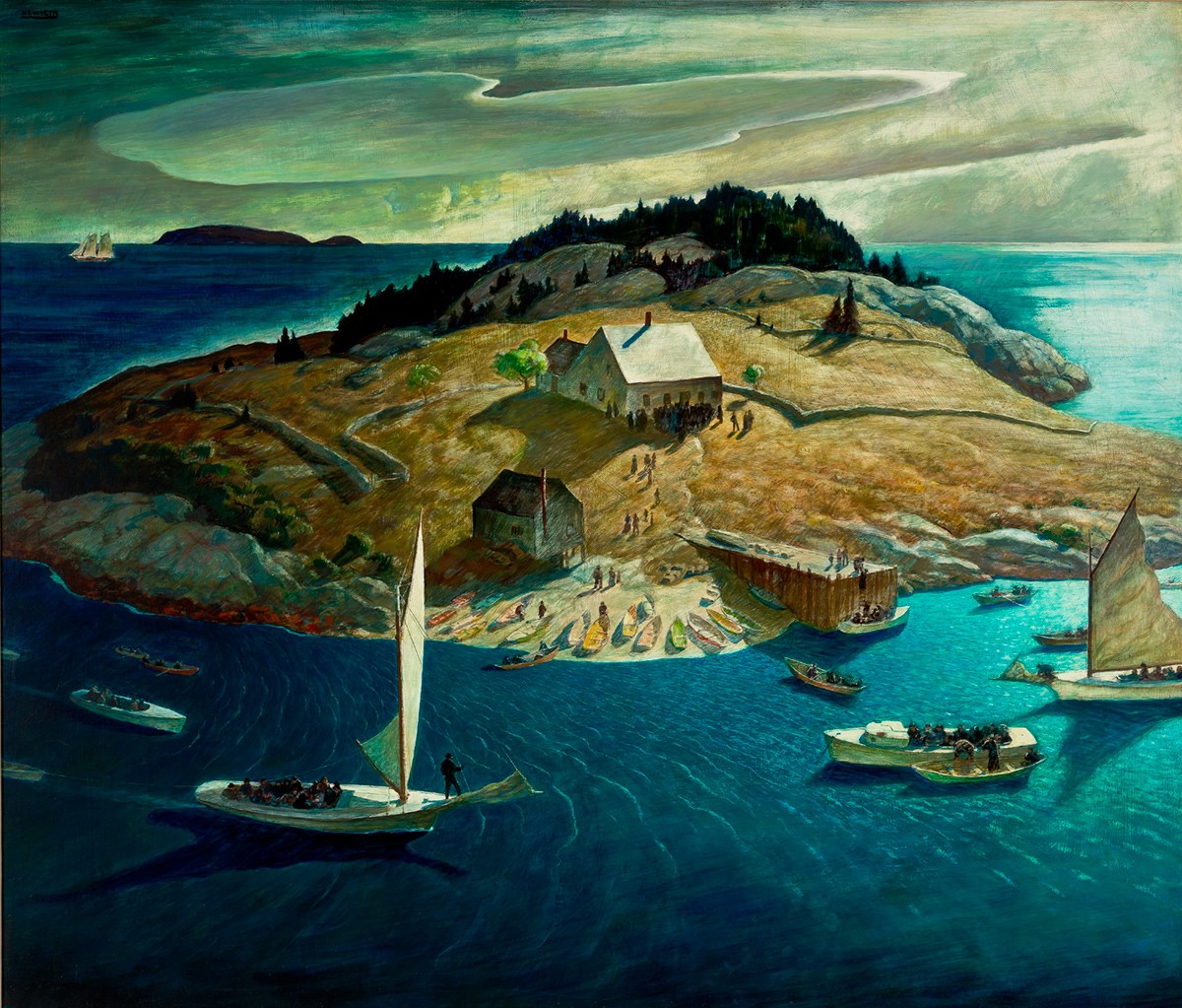 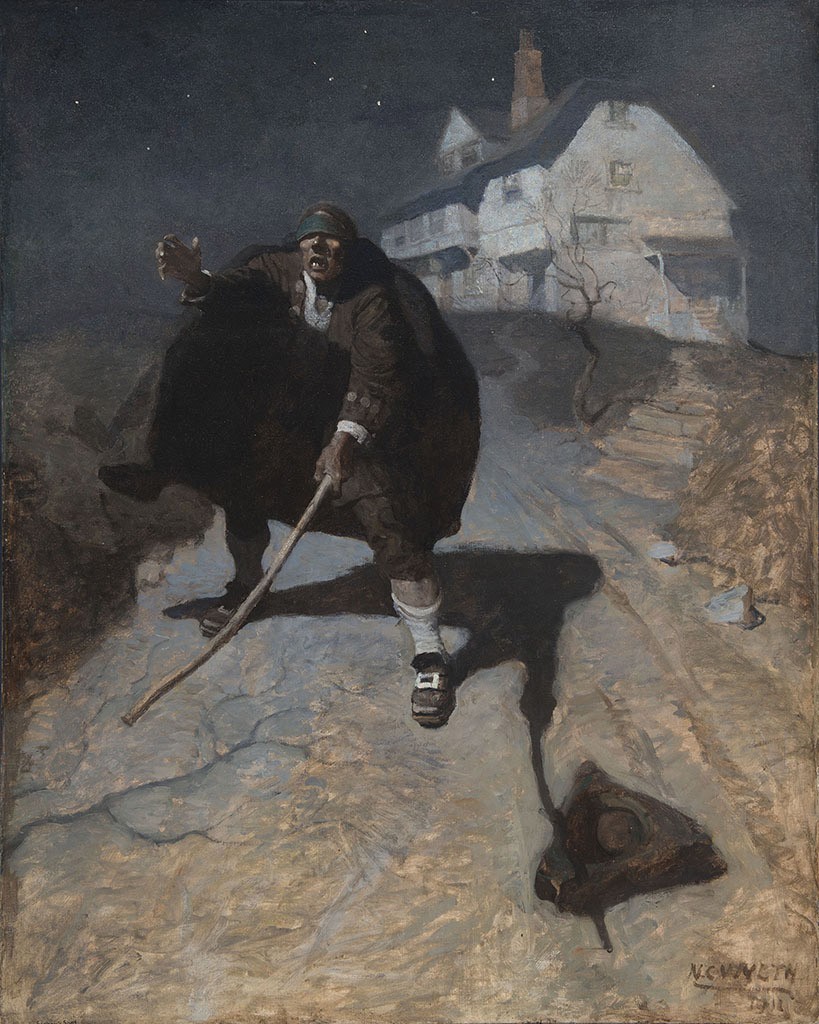 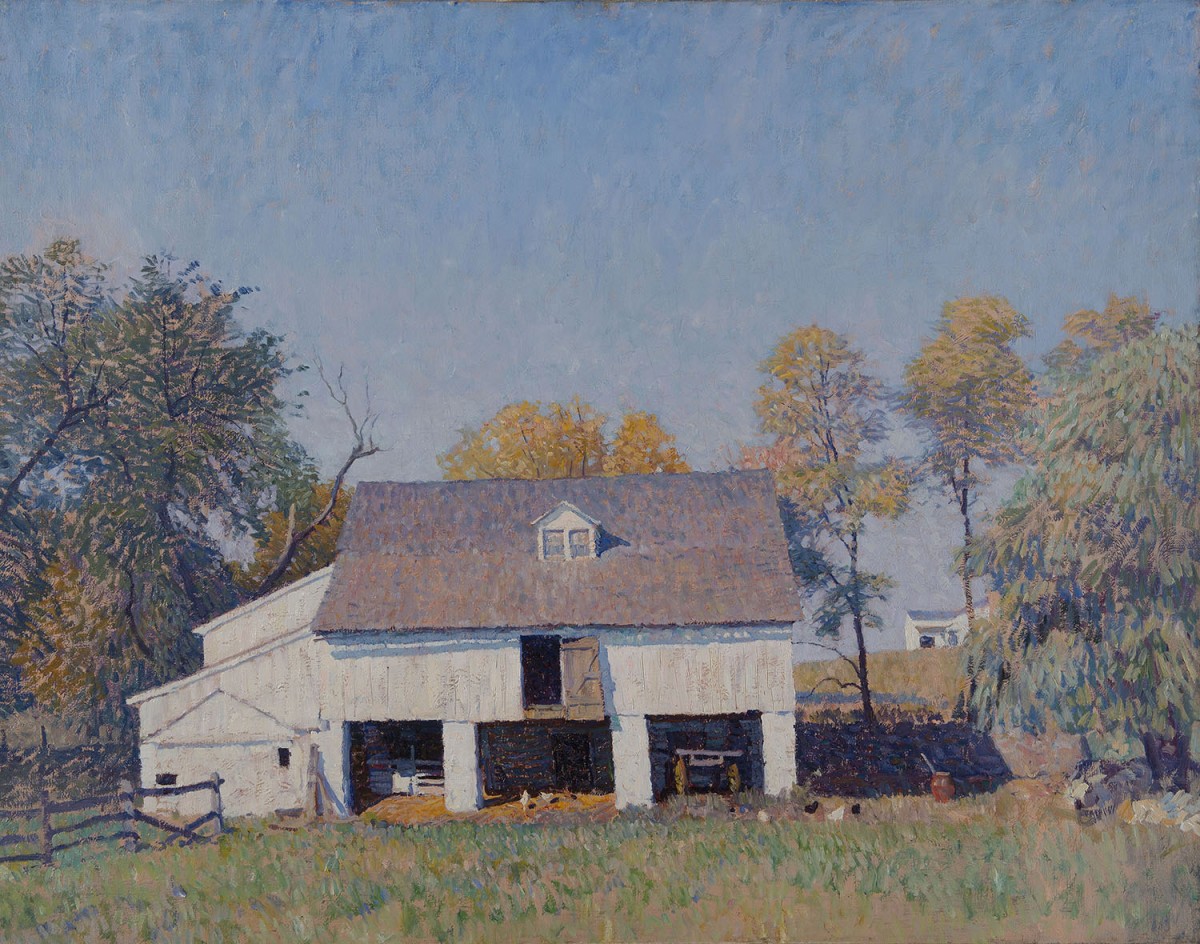 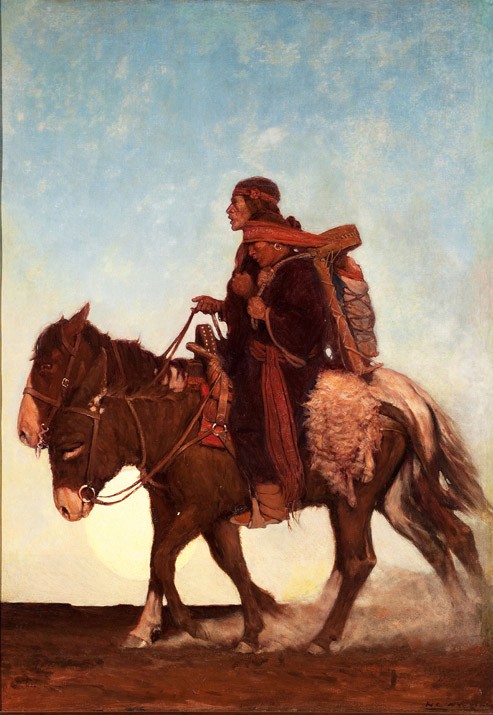 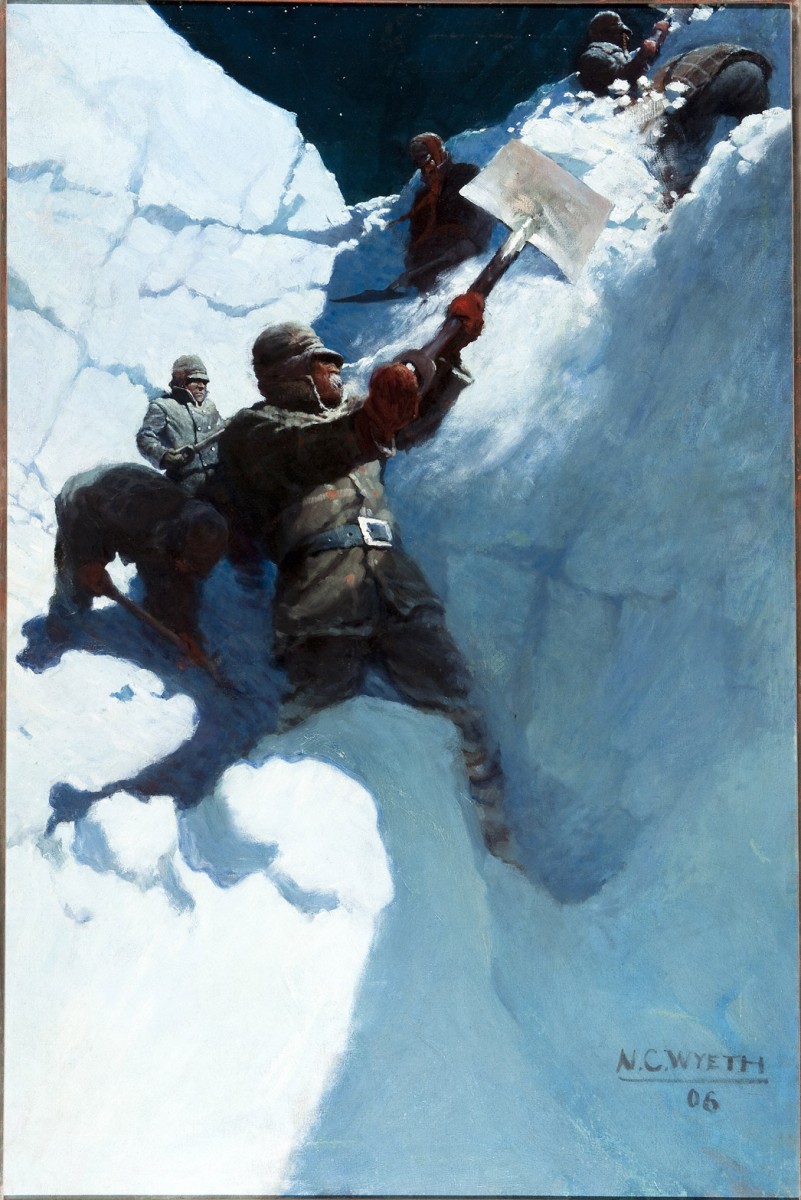 Well known during the 20th century for his bold, imaginative illustrations that brought new characterizations to classic stories such as Treasure Island and The Boy’s King Arthur, N. C. Wyeth vigorously pursued parallel interests in painting landscapes, seascapes, portraits, still lifes, murals, and advertising images throughout his career. N. C. Wyeth: New Perspectives was the first exhibition to examine in depth the entirety of Wyeth’s oeuvre, repositioning him within the greater context of early 20th century American visual culture.

A master of many styles and a brilliant colorist, Wyeth employed the skills honed in his illustration work to address various thematic and stylistic currents running through the first five decades of the twentieth century. While incorporating the best of Wyeth’s illustrations, the exhibition also features aspects of his art that until now have garnered less scholarly attention, significantly expanding the arc of his multi-faceted career.

Organized by the Brandywine River Museum of Art and the Portland Museum of Art, N. C. Wyeth: New Perspectives includes approximately 70 paintings and drawings selected from major museums and private collections. A number of objects from the artist’s studio collection, ranging from Native American and Western artifacts to a first edition of Treasure Island, was also included. The accompanying catalogue contains essays by scholars who explore relevant issues. Jessica May, Deputy Director of the Portland Museum of Art and the Robert and Elizabeth Nanovic Chief Curator, describes the path of Wyeth’s career.  Christine Podmaniczky, Curator of N. C. Wyeth Collections at the Brandywine, examines Wyeth’s masterpiece Island Funeral, a painting originally conceived as an illustration for Kenneth Roberts’s Trending Into Maine. David M. Lubin writes on Wyeth’s first and most lasting set of illustrations, those for Robert Louis Stevenson’s Treasure Island, paintings that suggest deeper and darker overtones to both Stevenson’s narrative and to the story of Wyeth’s life. Douglas B. Dowd, Professor of Art and American Culture Studies, Washington University, St. Louis, and director of the university’s Modern Graphic History Library, studies N. C. Wyeth’s commercial images and how Wyeth situated American consumers in a golden past to meet the needs of a nascent, modern advertising business. Beginning with the endpaper illustration for The Last of the Mohicans, Kristine Ronan puts Wyeth’s paintings of Native Americans into dialogue with both their print processes and collections of Native material culture to reveal how artists of the early twentieth century played a major role in authenticating a generalized Native culture for American audiences. Independent curator, consultant, writer, and member of the Historic Artists’ Homes and Studios program, Karen Zukowski explores Wyeth’s sense of place and conception of home as reflected in the carefully-crafted house and studio he built in Chadds Fords, PA.

Generations of readers grew up with stories “Illustrated by N. C. Wyeth”—his name was as renowned as the authors whose stories he pictured. This exhibition shows, however, that those exciting, enduring illustrations were only part of Wyeth’s legacy.

Support for the exhibition’s catalogue is provided by Furthermore: a program of the J. M. Kaplan Fund.

Support of the exhibition’s educational programs is provided by Somerville Manning Gallery.

The Art of Stories programs are generously sponsored by PNC Arts Alive.