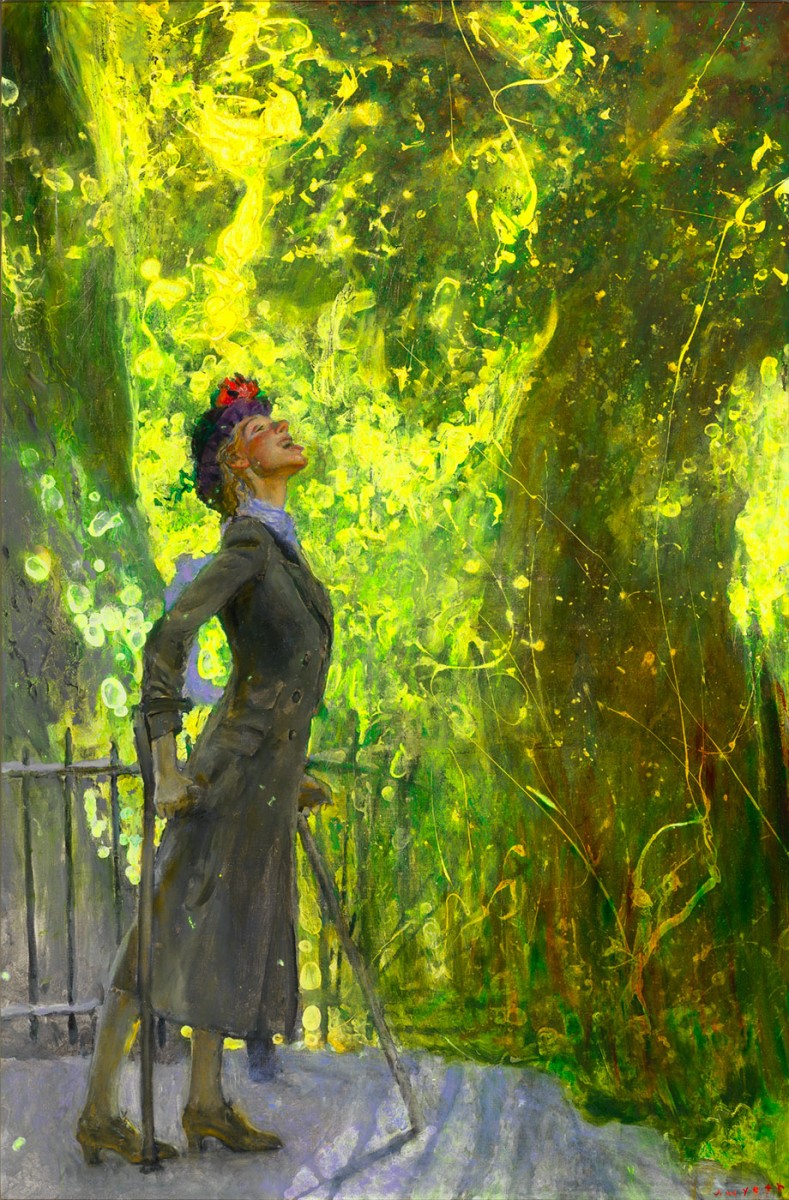 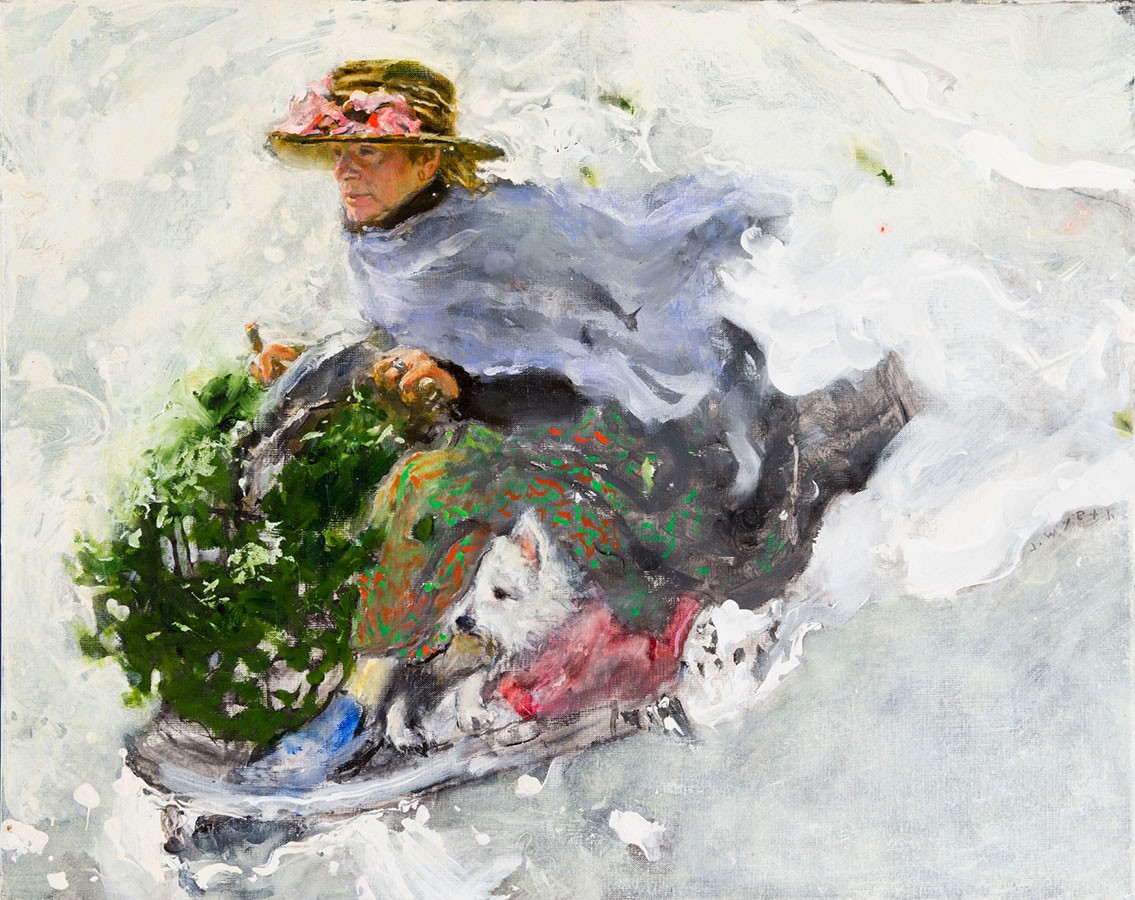 Jamie Wyeth,&nbsp;Stealing Holly from the Irénées, 2016,&nbsp;Acrylic, gesso, and oil on panel, The Phyllis and Jamie Wyeth Collection

From the late 1960s onward, Phyllis Mills Wyeth (November 13, 1940 – January 14, 2019) was a muse to her husband, artist Jamie Wyeth. The selection of paintings assembled in this exhibition are a memorial tribute and reflect Phyllis Wyeth’s vibrant spirit and love of nature, horses, and her ever-present dogs.

Included are 28 paintings and drawings, ranging from the artist’s first portrait of her (Phyllis Mills, 1967)—depicted outdoors and covered in fallen leaves—to more recent work, such as the lushly painted Overslept (2018). Jamie Wyeth captured the many facets of his wife’s remarkable life, including several works that attest to her accomplishments in carriage driving, such as Into the Gorge (1975) and Connemara (1984), and to her success as a Thoroughbred horse breeder and owner, most notably in Winner’s Circle, Belmont Stakes (2012), celebrating the win of her champion horse Union Rags at that illustrious race in 2012. Paintings such as Catching Pollen (2012), Stealing Holly from the Irénées (2016), and Southern Light (1994), attest to Phyllis Wyeth’s love of nature and the distinctive landscapes surrounding her at home near Chadds Ford and in Maine. Also on view are a selection of intimate domestic scenes, painted as Christmas gifts from her husband, and depicting her beloved dogs.

Phyllis Wyeth was an early and major supporter of the Brandywine Conservancy & Museum of Art and served on its board of trustees from 1967-1971. In addition to her work with the Brandywine, she was a noted philanthropist, conservationist, environmentalist, arts supporter, an accomplished horsewoman and a staunch advocate for the rights of people with disabilities. The Brandywine mourns the loss of a great friend.