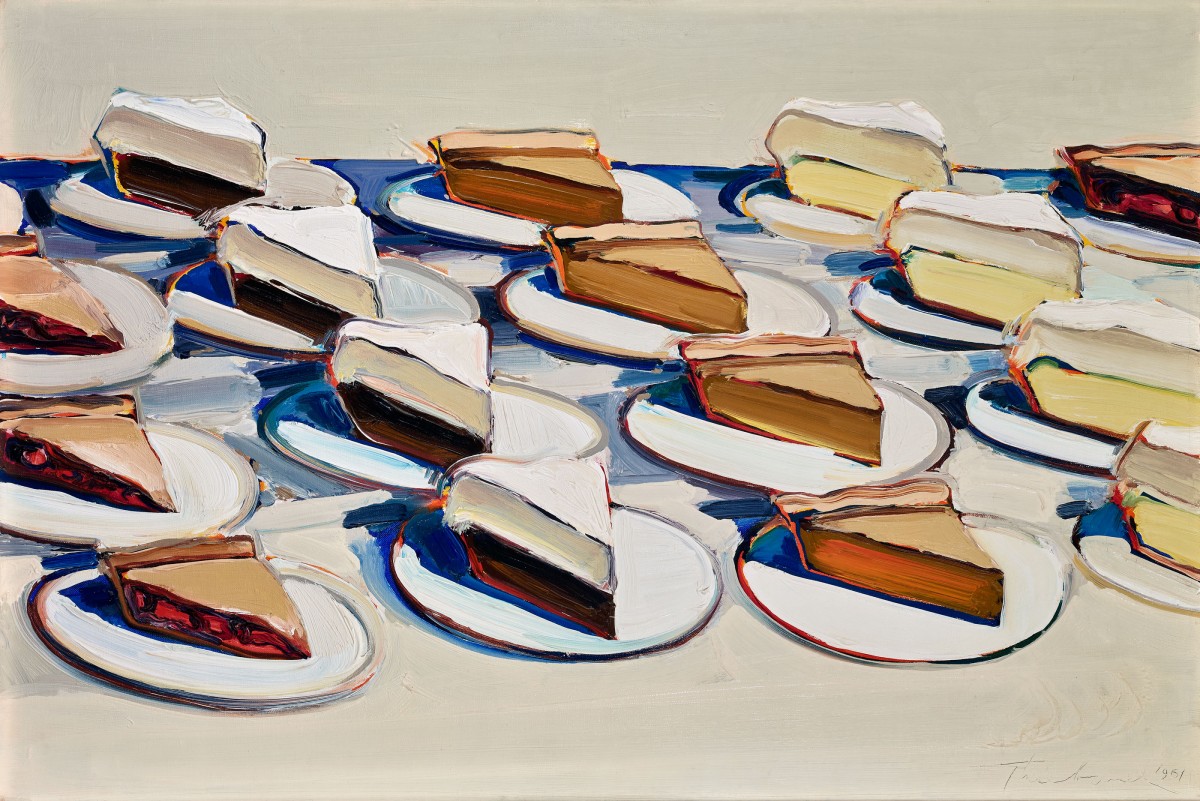 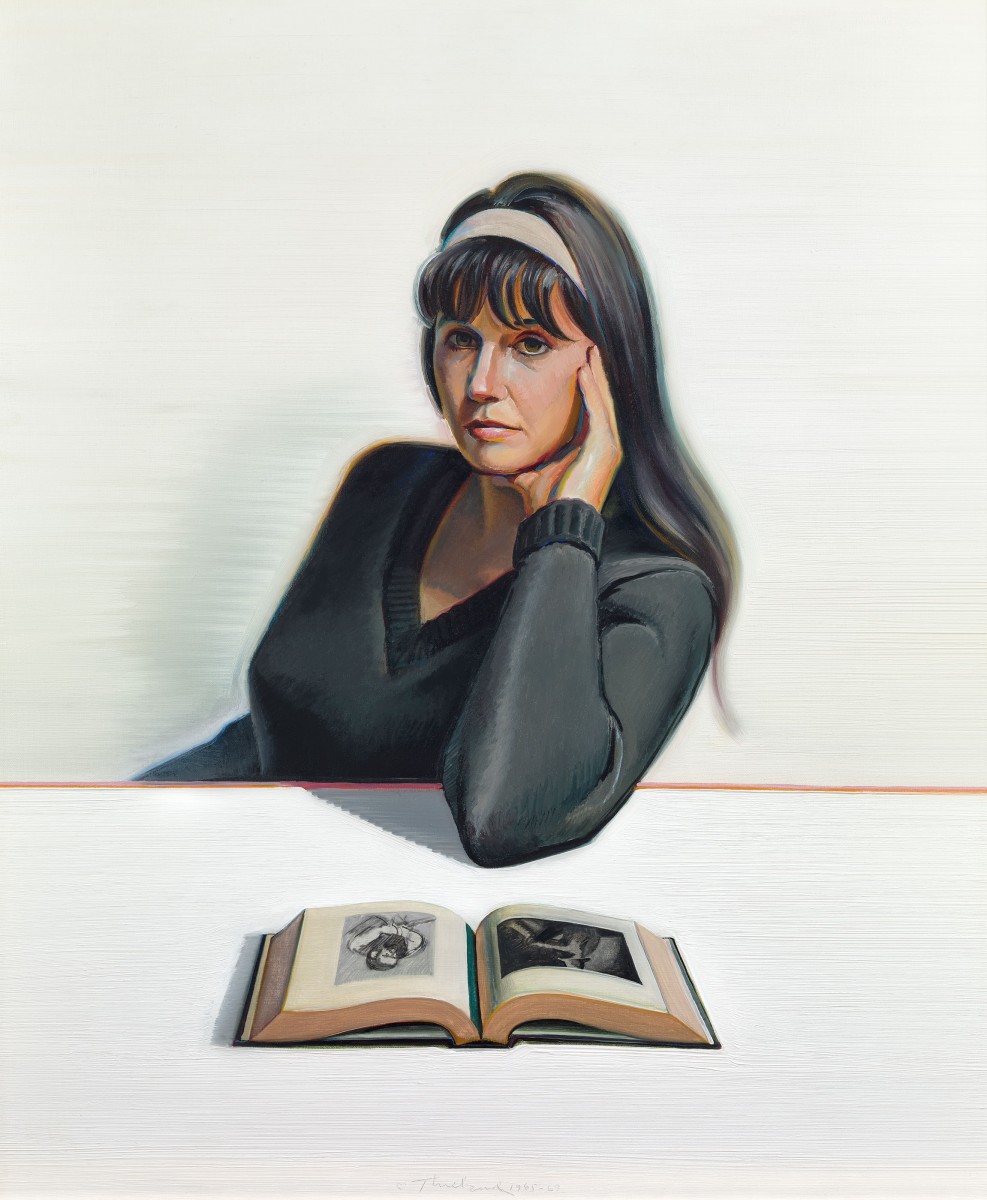 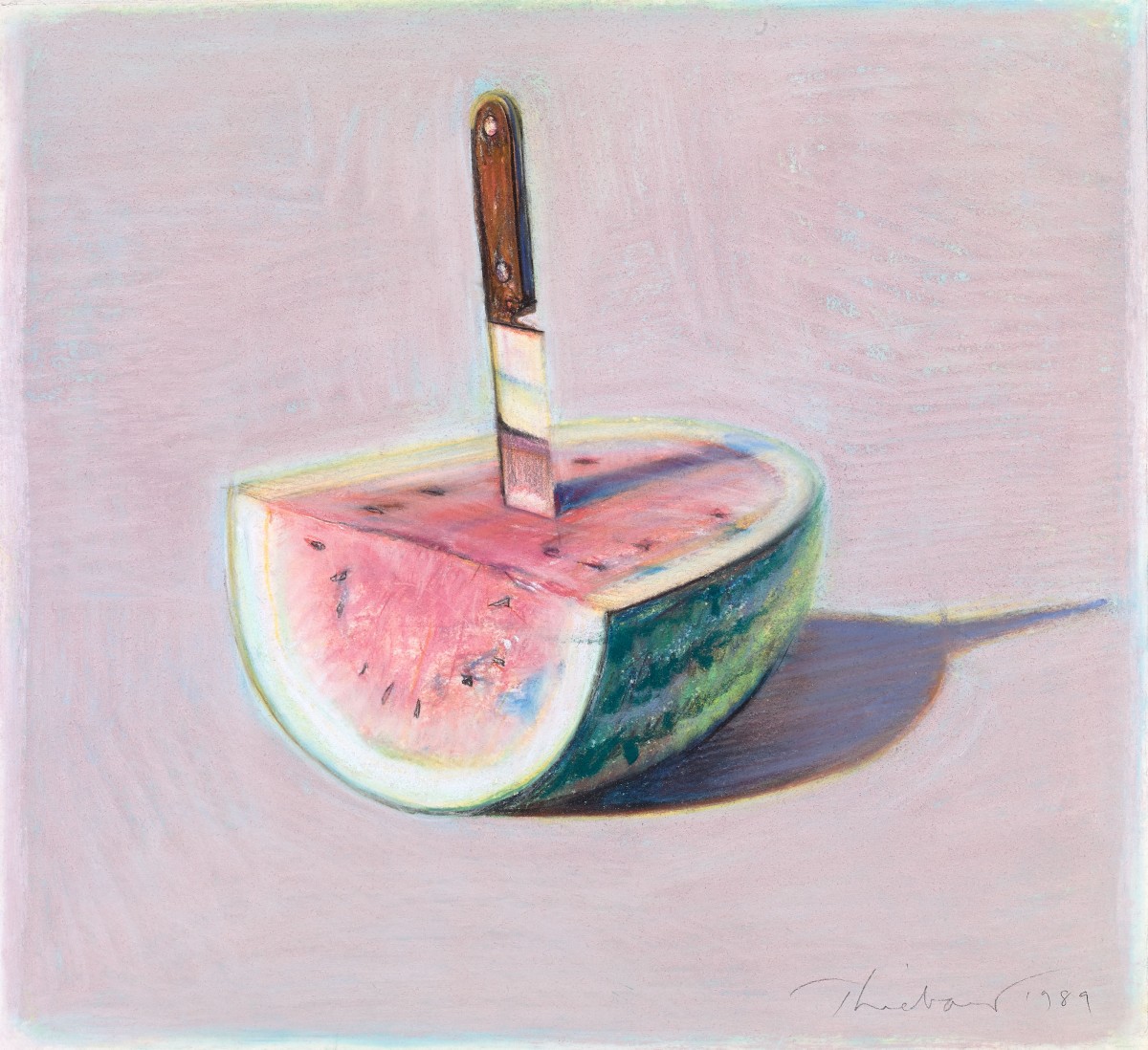 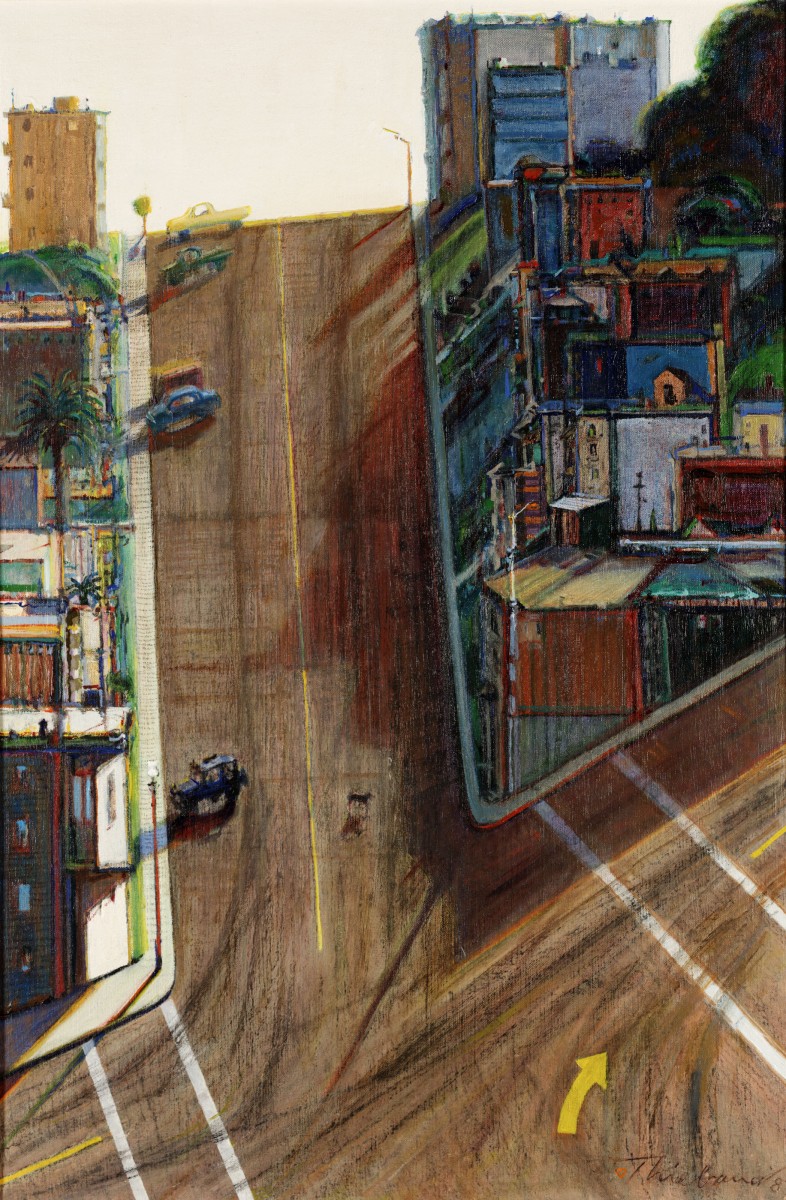 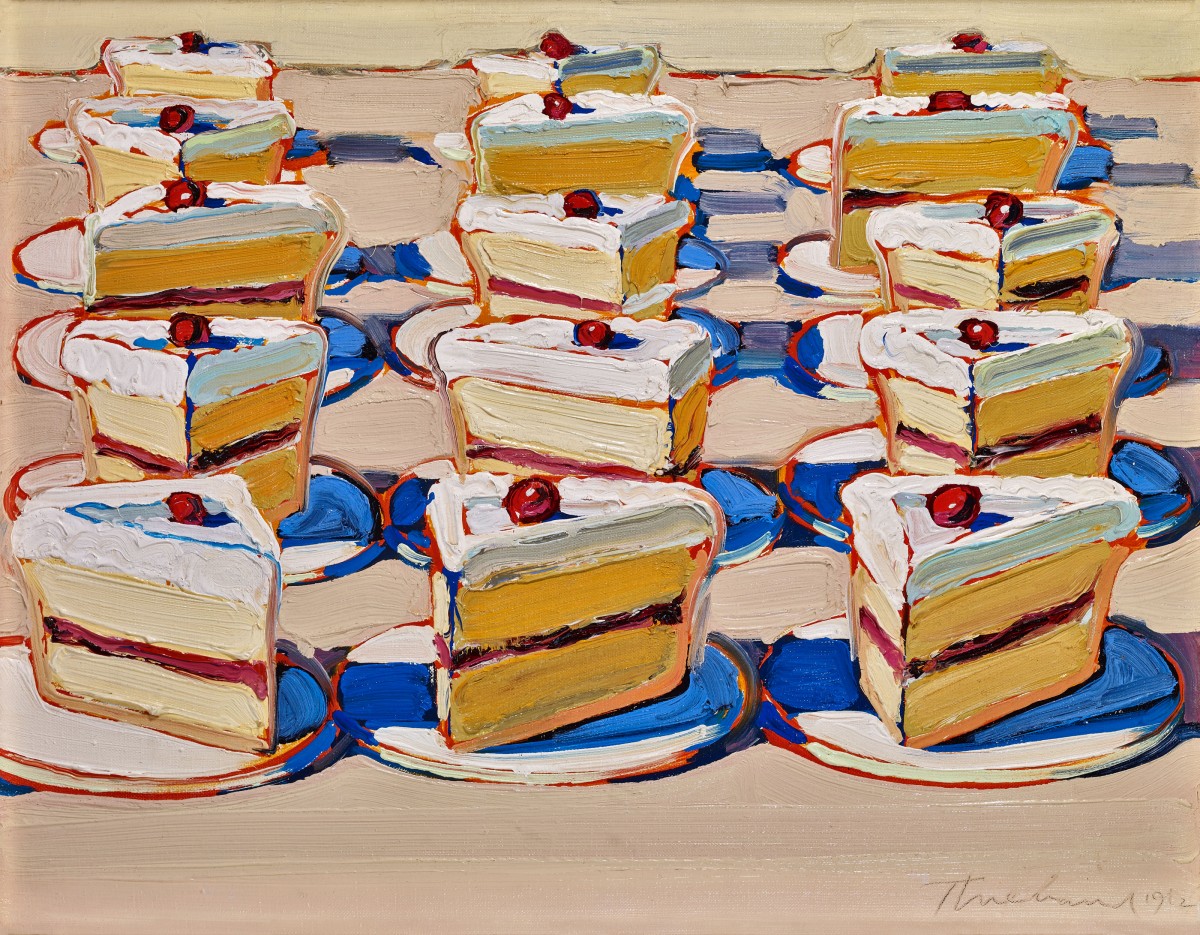 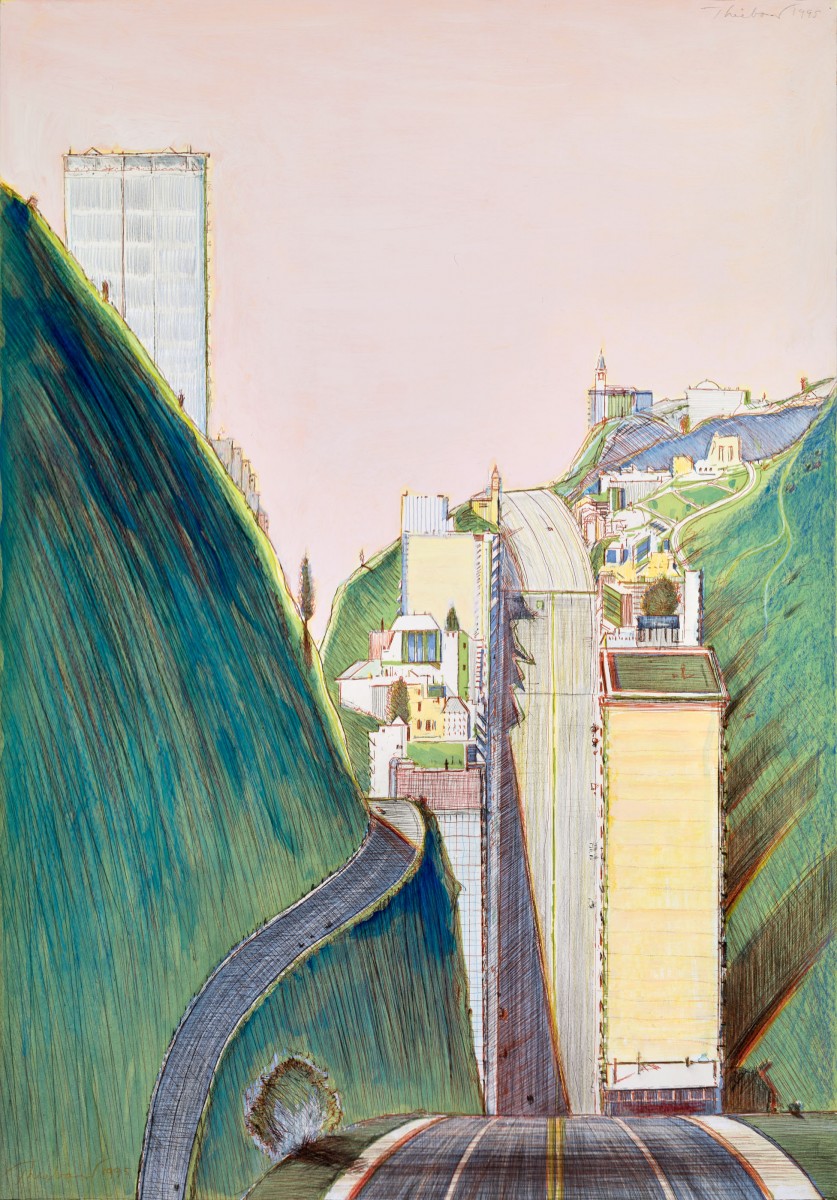 To honor the 100th birthday of celebrated artist Wayne Thiebaud (1920-2021), the Crocker Art Museum, Sacramento, CA, organized Wayne Thiebaud 100: Paintings, Prints, and Drawings. Following the artist’s death on December 25, 2021—at age 101—the exhibition served as a fitting tribute to Thiebaud's remarkable career. Highlighting the full range of this iconic American artist’s work made over 70 years, this major retrospective featured a spectacular selection of his paintings, watercolors and prints.

Thiebaud enjoyed a rich, diverse career that brought him national and international recognition. He began as a commercial artist, working briefly for Walt Disney Studios and on Madison Avenue before gaining acclaim for his still life paintings of desserts in the early 1960s. While best known for these exuberant paintings of pies, cakes, and other sugary treats modeled in thick, luscious impasto, he was equally accomplished in depicting other subjects. Thiebaud was also a master at rendering people, doing so in beautifully realized figure studies and paintings. As in his still-life works, he typically portrayed his human subjects against white or pale backgrounds and intensified the sense of isolation of each figure from one another.

Over time, landscapes appeared with increasing frequency in Thiebaud’s paintings and works on paper. Urban views had been especially important since the late 1970s, when Thiebaud began a series of dizzying San Francisco cityscapes. These led to aerial views of Sacramento’s river delta and agricultural terrain and then to more recent solitary mountain scenes.

While Thiebaud had been the subject of numerous exhibitions on the West coast and to some degree in New York, his work is less known in our region. This exhibition allowed viewers in the Brandywine/Philadelphia area and beyond the opportunity to see firsthand Thiebaud’s enormously popular work executed in his singular style and palette.

The exhibition was curated by Scott A. Shields, Associate Director and Chief Curator at the Crocker Art Museum, and consisted of 100 paintings, prints and drawings. Drawn from the collection of the Thiebaud family and foundation, as well as from the Crocker Art Museum’s rich holdings, many of the works had never been exhibited publicly. A richly illustrated catalogue also accompanied the exhibition. Spanning his entire career, Wayne Thiebaud 100 celebrated the breadth of the artist’s impressive accomplishments.

Freeman’s is the exhibition sponsor.