Ashes, ashes don’t all fall down

Ashes, ashes don’t all fall down 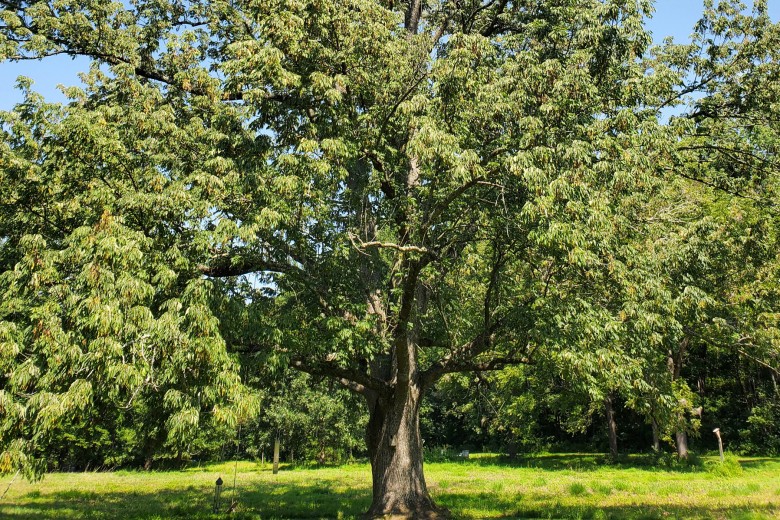 There’s a ray of hope brightening the dark cloud of doom over our area’s ash trees.

The invasive Emerald Ash Borer (EAB) first appeared in the United States in Detroit, Michigan, in 2002, and headed east from there. Southeastern Pennsylvania and northern Delaware were among the last counties in the mid-Atlantic region to experience the impact of the EAB, but in the last several years, dead ash trees are becoming a common sight, easily identified by numerous light vertical stripes along the dark trunk.

EAB larvae damage—and ultimately starve—ash trees by tunneling throughout the phloem and outer sapwood layer. In the U.S., millions of trees have been lost to the insect. Tree owners can prevent EAB infestation by periodically treating ash with insecticide, but it is costly—and in a woods, typically not feasible.

While the EAB has devastated ash tree populations, a recent research study by forest scientists at Michigan State University found numerous white ash trees that had survived the EAB infestation that began in the early 2000s. The trees had been colonized by the EAB but not at densities that caused mortality. Moreover, white ash was regenerating, with abundant seedlings and saplings establishing themselves in sites where mature trees had died and opened light gaps in the canopy. EAB is still present on the sites, but not at densities high enough to kill the trees. The researchers concluded that “the generally healthy condition of most overstory white ash in most sites [in the study], along with white ash regeneration, is encouraging.”

Unfortunately the research did not show that green ash exhibits a similar resilience. White ash and green ash are the most common species in our region, along with the infrequently found black ash and pumpkin ash.

The research was a population-level study, not one that tries to identify genetic traits of resistance either for individual trees or for species (green vs. white). Instead the research suggests that white ash survival may be largely a function of the tree’s age or size as well as distance from dense EAB populations.

The Michigan study suggests that particularly in woods, where ash trees do not present a safety hazard (such as by a driveway, trail, road or structure), the best sustainable management practice is to leave them alone and not remove them pre-emptively.  Removing living trees can be damaging to the soil and to other trees in the woods. These trees may well survive a regional infestation, continuing to produce a seed bank for future regeneration. Meanwhile, young trees will mature into older ones and eventually take over the canopy.

At the Brandywine’s Waterloo Mills Preserve, many ash trees are becoming infested and many of these are dying, but where they don’t present a danger to visitors, they are left alone. Standing dead trees provide habitat for many species including cavity-nesting birds; fallen trees become “nurse logs” for new trees as they decay. Some dead trees have been observed to resprout from stumps or roots. And not all ash trees are showing signs of infestation.

At the Brandywine’s Penguin Court Preserve in the Laurel Highlands, where the EAB infestation began in the early 2010s, unless dead trees pose a risk to visitors they have been left alone.“During the infestation, you could easily spot ash trees by the ‘blonding’ that occurs from woodpeckers chipping away the darker, outer bark to get to the EAB larvae, revealing the lighter inner bark of the tree," notes Melissa Reckner, Penguin Court program manager. "In Western Pennsylvania, that blonding has now faded to gray, and I think it’s the open canopy that now guides your eyes to the ash trees.”

Perhaps we are drawn to the open canopy because humans are natural optimists. The opening is a guidepost for the future: an opportunity for new growth. This cloud will pass.