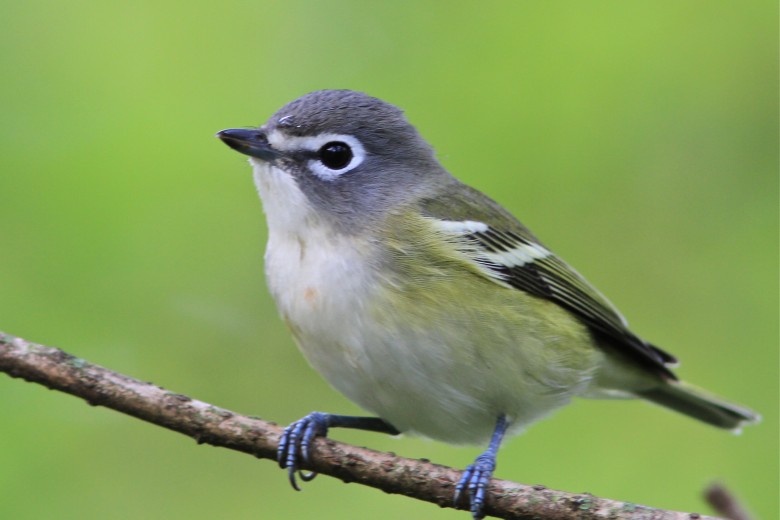 In spring, keep your eyes and ears open to experience one of nature’s most amazing phenomena: bird migration. Using both modern technologies and old-fashioned observation, scientists are learning more about where birds go and what they need to survive the journey.

Birds migrate by the billions through North America, twice a year, flying between their summer breeding grounds and overwintering ranges. Some birds travel incredibly long distances between their ranges, stopping only briefly to rest and eat. Pectoral Sandpipers, for example, journey thousands of miles between Arctic tundra and South American grasslands. Look for these intrepid voyagers taking a well-deserved spring re-fueling stop on mudflats or wet fields along our area’s creeks and lakes.

Migration season offers many such opportunities to see unusual birds as they pass through on their way elsewhere. Flying long distances burns a lot of calories and taxes the stamina. Like drivers on I-95, migrant birds flock to stopover areas—sites where they can refuel on food, sleep and ride out unfavorable weather conditions. Sandpipers favor mudflats because they can forage for crustaceans and other invertebrates. By contrast, migrating thrush species stop over in shrubby woods, where they can gorge on fruit.

Many birds that nest in the Brandywine Valley spend their winters in Central and South America. For example, the tiny Ruby-Throated Hummingbird, which nectars at our spring and summer-blooming flowers, sups at winter blossoms in Mexico and Central America. Others go shorter distances. The Blue-headed Vireo, a common summer woodland bird in our region, migrates to the coastal and inland forests of the southeastern United States for the winter.

Our region also plays host to “snowbirds” that fly south from Canada and the Arctic to winter here, including white-throated sparrows and dark-eyed juncos. Snow geese fly in huge, noisy flocks and congregate by the thousands in marshes and fields.

Typically birdwatchers won’t see migrating birds actually flying because most birds migrate at night to avoid predators. It was not until the widespread use of weather radar to detect high-flying flocks that researchers were able to document large-scale migratory patterns. Indeed, the fact that huge numbers of birds literally appear and disappear overnight even mystified ancient scholars. Aristotle posited several explanations, including that summer Redstarts transform into winter Robins, and that swallows and kites hibernate underground.

Birds do disappear, though. That same radar data has recently been mined to yield new insights about avian winter mortality. Scientists analyzed the total biomass of birds migrating south through North America into the southern U.S and on into the tropics; then compared the total that flew north in spring. The researchers found that about 2.6 billion birds—more than half of fall migrants—fail to return in spring. Of those lost birds, most were short-distance migrants that stopped in the Lower 48, not those trekking farther south to Central and South America. Short-distance migrants are vulnerable to weather and predation as well as industrial “traps” (such as power poles and toxic waste pools), feral cats and window collisions. Long-distance migrants fly farther to reach areas that have remained—for now—relatively free from human impact.

Many hawk species are among the longest-flying migrants. Notable exceptions to the night-migration rule, they catch daytime “thermals”: columns of rising warm air that they ride to higher windstreams. Along ridgelines where thermals and updrafts form, large groups of hawks spiral or “kettle” up into the sky. Particularly in autumn, but also in spring, hawks concentrate in relatively large numbers, riding windstreams over ridges. At Hawk Mountain Sanctuary in Berks County, PA, volunteers have been counting hawks since 1934, amassing a long-term data resource for assessing raptor abundance and migratory behavior at the macro level.

Hawk Mountain scientists are researching migration on the micro level, too, by tagging individuals using radio telemetry to track their amazing journeys. Tiny solar-powered devices are attached to the birds; data is uploaded automatically so researchers can see in real-time where the birds are. Beginning in September 2018, a broad-winged hawk—named “Rosalie” after the Sanctuary’s founder)—flew south from Hawk Mountain to southern Peru in 82 days, stopping intermittently in forests to hunt for small mammals and reptiles.

In addition to radar and telemetry the most significant technological advance in migration research has been the rise of citizen science made possible by the development of the online resource eBird.org. Created by scientists at Cornell Lab of Ornithology, eBird enables citizen scientists from around the world the ability to add their migration observations to a global database. Using eBird data, researchers can then analyze species’ movements to identify long-term trends in distribution or abundance. Data from eBird shows that as the climate warms, some spring songbird migrants—such as the prothonotary warbler—arrive earlier than they used to, putting them out of sync with tree green-up and the associated abundance of caterpillars that they need for successful nesting.

Cornell Lab scientists have recently developed BirdCast, which aggregates data from eBird and radar to create an interactive map that can be used to forecast when migrating birds will arrive at any given location.

You can help migrating birds by providing the habitat they need, whether for stopovers or nesting. Click here for some helpful tips on supporting migrating birds in your own backyard. You can also support organizations that preserve natural areas, locally and in the tropics. If you enjoy identifying birds, you can submit your data to eBird; an account is free and all you need is a smartphone or access to a computer to add your observations to the database.

Learn more about migrating birds—including current research on how and why they migrate, and where to see them—at the Brandywine Conservancy’s spring Stewardship Series program on April 2, 2019, at 6:30 p.m. Click here for more information and to register.

The Greenhouse at Penguin Court