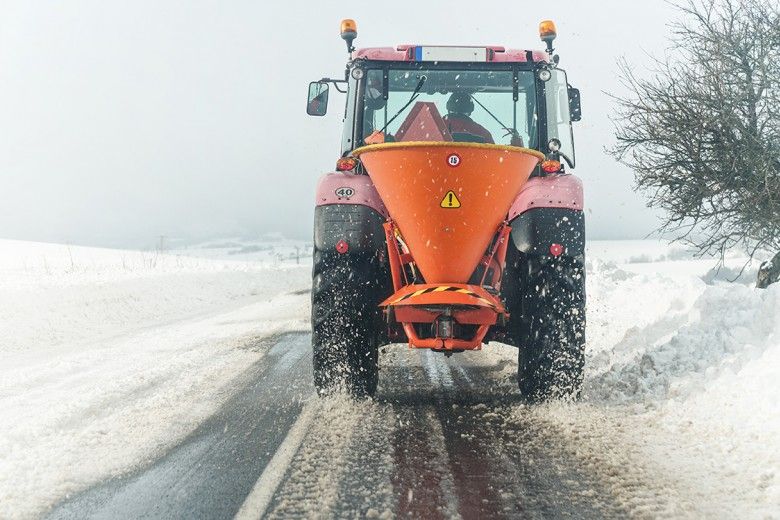 The American palate has developed a taste for salt, not only in our diets—to the detriment of our blood pressure—but also, in standard consumeristic fashion, in a cornucopia of markets that promise to make our lives easier. We soften our household water with salt, coat our crop fields and pastures with salt-laced fertilizers and compost, and deice our roads, bridges and parking lots with rock salt and brine.

The widespread and intense use of salt is now threatening our streams and rivers, marshes and ponds, and even groundwater—freshwater resources that were never meant to be so salty. This is a new problem that scientists, environmental managers, and regulators are racing to understand. Based on data collected by the U.S. Geological Survey and Chester County Water Resources Authority, salt concentrations in Brandywine Creek at Chadds Ford are now high year-round due to groundwater contamination, averaging more than triple what was measured in 1972 (when the Clean Water Act was passed), and are approaching 10 times what was observed in 1950.

Recent USGS data suggest almost 37,000 tons of salt flow by the Brandywine River Museum of Art each year, or 100 tons (200,000 pounds) per day. Moreover, with assistance from Stroud Water Research Center, volunteers from the Penn State Master Watershed Stewards and The Nature Conservancy’s Pennsylvania and Delaware chapters have found other Brandywine sites also remain salty all summer. Our organizations have measured salt concentrations in some tributaries near West Chester, Pennsylvania, and First State National Historical Park that approached that of seawater during winter storms.

Road deicing is the primary source of elevated salts in the Brandywine Valley. Winter storms and icy surfaces are a safety threat and legal liability, and they throw a wrench in the economic gears of our society by interrupting the movement of workers, materials, and products. Because salt is relatively inexpensive and readily available, it has become the primary answer to reducing winter storm woes. Over time, we have increased salt use to meet greater expectations for easy winter travel. Today, we are applying salt at a rate that was unimaginable 70 years ago.

Most of this salt moves quickly to streams and wetlands through gutters, pipes and ditches during storms, or soaks into the ground where it eventually mixes with groundwater and then emerges months or years later in streams and wetlands. Over decades, the cumulative impact is that our groundwater, wetlands and waterways have become increasingly salty to a degree and consistency that is dangerous.

There are several reasons why this is dangerous. Road salt can contaminate drinking water wells located near roads or salt storage areas. It can also contribute to lead mobilization in some drinking water systems such as was observed in Flint, Michigan. Bioassays conducted by the Stroud Center and other researchers have demonstrated there is currently enough salt in some streams to kill many freshwater fish, insects, amphibians and mussels that are adapted to low-salt environments.

And let’s not ignore the economic costs associated with road salt use. Montréal’s newspaper The City and the New York nonprofit AdkAction reported on the costs. Based on their estimates, every $100 spent on road salt in Montréal and New York results in several hundred dollars in damage to public infrastructure and private property due to metal and concrete corrosion. We see this damage in the form of rusty bridges, crumbling concrete, and cars and trucks in need of rust repairs to fix functional, structural and cosmetic damage.

Our intensive use of deicing salts is unsustainable. Our streams, wetlands and groundwater will increasingly suffer, more locations will develop drinking water problems, and our tax base and pocketbooks will feel the greater repair costs.

Steps We Can Take to Reduce Salt Use

Reducing salt use is not going to happen fast as we have grown to expect snow- and ice-free roads and parking lots. Some communities and businesses in New York and Colorado have found compromises that balance safety, economic and convenience benefits with public health, environmental, and private/public property costs of winter deicing programs. These compromises have reduced road salt use by as much as 50%, as reported in Lake George, New York, by Spectrum News.

There are things we can do to help: shovel or plow surfaces soon after a storm so that the sun can help melt what remains; apply traction enhancers such as sand or crushed limestone rather than salt; follow recommended salt application rates (they are surprisingly low); and sweep up salt waste before it dissolves in rain or snow melt.

Finally, talk to your municipal and commercial applicators about participating in professional training programs designed to reduce excess salt use through more efficient plowing equipment, calibrated salt application, and effective use of salt brines. Our region would benefit from a certification program such as can be found in New Hampshire, Minnesota, and Madison, Wisconsin to improve deicing practices and help identify trained professionals.

Kelting, Daniel & Laxson, Corey. (2010). Review of Effects and Costs of Road De-icing with Recommendations for Winter Road Management in the Adirondack Park.