Out of Hibernation: Celebrating Groundhog Day

Out of Hibernation: Celebrating Groundhog Day 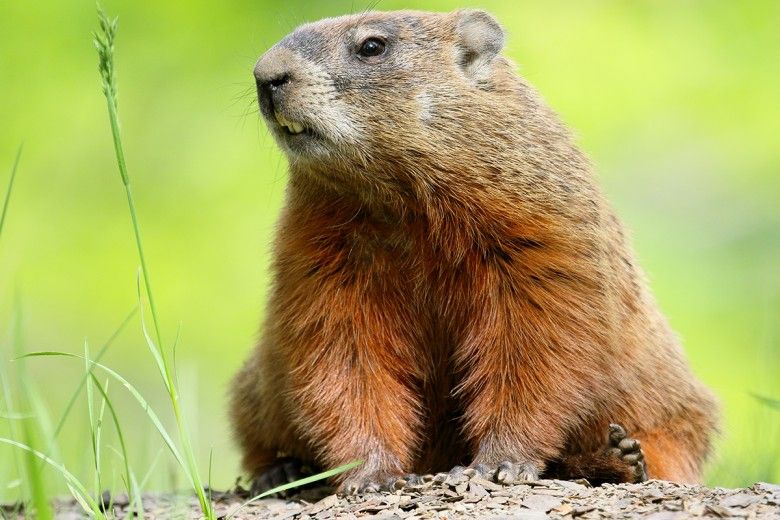 Groundhog Day is a fun celebration for us humans each year, as we dream of spring, yet often cling to winter’s rest. But in nature, the real Groundhog Day is a serious matter for male groundhogs, who leave their winter dens in late February to scout out females and ensure other males are not trespassing.

According to an article by Marcus Schneck, an outdoor writer with PennLive, “Male groundhogs begin to show themselves later in February, when they begin their annual searches for mates. Even with snow still on the ground, they will travel—sometimes surprisingly long distances—throughout their range to inspect the dens of females to see if they are still occupied and to locate other males that might be encroaching on their territory. The males then return to their own dens for a few more weeks of sleep, before emerging for the season in early March, when the females also emerge for mating.”

If males do emerge later in February, then Punxsutawney Phil is either an overachieving early bird or his handlers wake him up too soon!

Groundhogs (Marmota monax)—which are sometimes called woodchucks, marmots, or even whistle pigs, among other things—fatten themselves on greens, fruits, and, of course, our garden vegetables in preparation for their winter hibernation, which begins in late October/November each year. While they have several pesky habits—especially if you're a farmer or gardener—they also provide many benefits to the ecosystem and to humans. During hibernation, the groundhog’s metabolism slows as its heartrate and temperature drastically drops. The Pennsylvania Game Commission’s fact sheet on groundhogs states that their “heartbeat slows from more than 100 beats a minute to only four” and their “body temperature drops from over 90° F into the low 40s.”

A groundhog’s fat stores not only get it through winter, but mating season as well, which runs from late February to March, when spring greens return. In April and early May, after a 28-day gestation, females will give birth to three or four babies that are blind and naked. The young chucks will remain underground for about a month and then each will set out to find its own territory by mid-June or early July.

If they survive predation and road traffic, young groundhogs must eat more than their heavier adult counterparts before their first winter sets in to ensure they have sufficient fat stores.

As a member of the Rodentia (rodent) order and Sciuridae (squirrel) family, groundhogs’ incisors continually grow, so they must grind their teeth down by chewing and gnawing or else their teeth could grow up and into their skull!

Groundhogs may live up to eight or nine years, but many don’t make it that long. The PA Game Commission’s fact sheet noted that researchers found “captive woodchucks died of many causes, including cancer of the liver, ruptured aortas, heart attacks, and cerebral strokes resulting from hardening of the arteries.” Groundhogs seem to get their water from plants, dew, and rainfall, as many dens are not near bodies of water. With their list of ailments, one has to wonder what else they might be drinking!