How plants defend themselves against disease

How plants defend themselves against disease 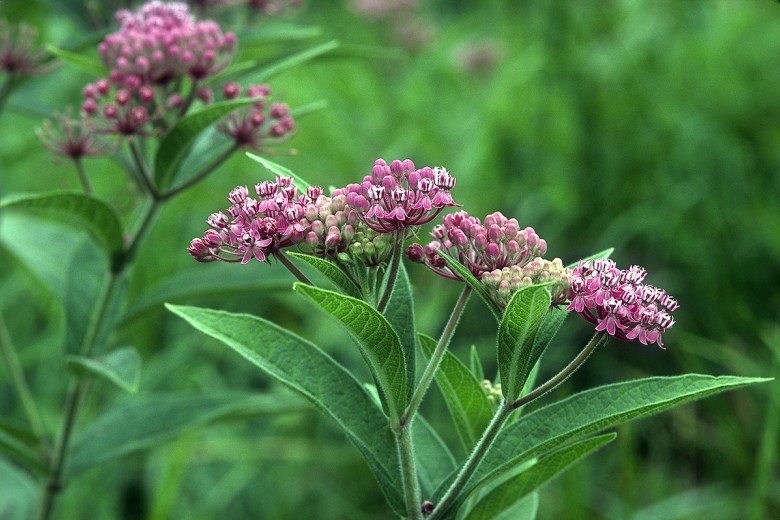 If you have a vegetable or flower garden, you’re probably well aware of the common diseases that those plants are susceptible to, such as tomato blights or rose rust. In natural areas you may also observe diseases that affect our largest plants, the trees. Anthracnose is a family of fungi that cause disease in many trees including the “blight” that attacks the Flowering Dogwood, caused by a newly discovered organism that was subsequently named Discula destructiva.

Plants, like animals, must defend themselves against diseases caused by bacteria, viruses and fungi, collectively called pathogens. For disease to occur in a plant, the plant must be susceptible to the pathogen. Virulence also depends on environmental conditions, such as temperature, that affect the pathogen’s ability to attack the plant, and the plant’s ability to mount a successful defense.

It should be noted that while we use the terms attack and defense, the pathogen is simply doing what all organisms do: seeking nutrients, in this case from the cells of another organism. And there are many instances in which such relationships do not cause disease; some such relationships are mutually beneficial to plant and microbe. Here, though, we’re focusing on disease-causing organisms whose effect on the plant is adverse.

Both plants and animals have basic physical structures that keep pathogens from getting access to the individual. The outer layer of a plant—analogous to our skin and also called the epidermis—is the first defense to keeping pathogens out.  The epidermis itself is shielded by additional layers on certain plant parts: bark on a tree, a waxy cuticle on leaves.

Plants also produce chemicals that are toxic to pathogens or to insects. There are many different types of these substances, and quite a few are familiar but not harmful to humans. For example, caffeine—found in coffee, tea and cocoa—is toxic to many phytopathogenic fungi, and interestingly, fosters growth of a parasite on those same fungi, illustrating the adage “the enemy of my enemy is my friend.”

Plants also share with animals an immune system that kicks in when pathogens breach the outer defenses and invade the organism (an “infection”). The plant immune system is similar in some ways to animal systems but has key differences.

Pathogens can get into the plant through openings in the plant’s outer layer. These may be naturally occurring, such as the pore-like stomata on leaves. The outer layer may be breached by a wound, or an insect may penetrate the plant tissue, leaving an opening or even carrying the pathogen with it. Fungi can actually insert themselves into plants by breaking into cell walls.

Humans, like all vertebrates, have an immune system that includes specialized cells that roam around the entire organism looking for invaders. We also have an adaptive immune response that can recognize pathogens that have been encountered before, conferring immunity for repeat infections.

Plants, however, lack both mobile immune cells and an adaptive immune system. The plant immune system operates solely at the individual cell level, which is the same for all cells. It has two stages. First, the plant cell has receptors that can recognize specific molecular patterns associated with a pathogen.  The specific patterns that the cell recognizes can be proteins that are present in the microbe. For example, a common pattern that triggers the immune response is flagellin, a protein that forms the filament in a bacterial flagellum (a filament the bacteria uses for locomotion). Plants also have receptors that recognize molecular patterns of damage to a cell wall, and receptors that recognize molecular patterns of the effects of infection.

When a pattern is recognized, the plant activates defense systems. These responses make it harder for the pathogen to reproduce and spread to colonize the plant. Some defensive responses make the plant cell environment toxic to the pathogen, such as by alkalization, or by increasing production of the antimicrobial compounds (such as flavonoids or alkaloids); other responses trigger armoring defenses such as closing stomata, or increasing thickness of cell walls. The plant can produce substances that interfere with the pathogen’s ability to cause damage, for example by degrading the enzymes used to invade the plant cell wall.

One class of defenses is sometimes referred to as the Hypersensitive response, which includes programmed cell death (apostosis) at the infection site. This “cell suicide” limits the spread of the pathogen. Apostosis manifests itself as brown spots on leaves or flowers. The response is useful against pathogens that infect living cells (biotrophs), but not against those that infect dead cells (necrotrophs). And of course, there are complexities in everything about life: some pathogens are hemibiotrophic: they switch from bio- to necrotrophic. Also, even biotrophic pathogens have evolved counter-strategies to prevent cell suicide.

This complex immune system is regulated at the molecular level by substances that turn on (express) certain genes in the plant cell. These genes affect not only the production of substances that directly counter the pathogen, but also send signals to other cells in the plant, which improves the plant’s ability to mobilize defenses (a process referred to as “priming” the immune system).

In response to the plant’s defense systems, pathogens have evolved resistance mechanisms, to which plants must evolve their own modifications to the defense systems. It’s akin to an arms race, or as some call it a “Red Queen” dynamic, as each side is always running as fast as possible to keep up with the other. One example of pathogen resistance is the way that necrotrophic pathogens evolve to mimic the plant’s defenses of accumulating reactive oxygen species, inducing the plant to trigger Hypersensitive Response and cause cell death.

Land plants first appeared 1.6 billion years ago; bacteria had already been around for two billion years. For eons, plants and pathogens have evolved an effective balance of power so that diseases are usually limited in their impact on natural plant communities, with rare exceptions: novel diseases introduced from other regions (typically because of human activity); an infamous example of this is the chestnut blight, a fungus that killed off the American chestnut tree.

In agriculture, though, disease is a greater risk to plants. Crops are bred and grown precisely to create a monoculture for ease of production. Pathogens can more easily proliferate in crop plant communities, with potentially devastating effects. The Irish potato famine, for example, led to a million deaths in mid-19th century Ireland; it was the result of a blight from a Phytophthora mold (an oomycete). At least 30% of crops globally fail as a result of disease. As a consequence, much plant pathology research has focused on plants that have agricultural value. Research into plant immunity has increased greatly in the last decades, as has the researchers’ understanding of the molecular basis for plant resistance to disease.

So, too have advances in immunology. Plant breeders have, for a long time, been selecting plants for disease resistance, and created hybrids to establish resistance where there was none. More recently, using genetic engineering techniques, researchers have added disease-resistant genes to plants.  Researchers have also begun to develop methods to vaccinate plants against viruses by spraying the plants with particles that contain virus genetic material which the plant uses to mobilize its defenses.

At times of stress, such as temperature extremes, drought or high humidity, the virulence of plant disease can increase. Climate change has the potential to adversely affect plants’ resistance to disease, threatening the global food sector. Plant disease immunity, a topic not often at the top of the day’s news, is an overlooked subject that is becoming critical to human survival.